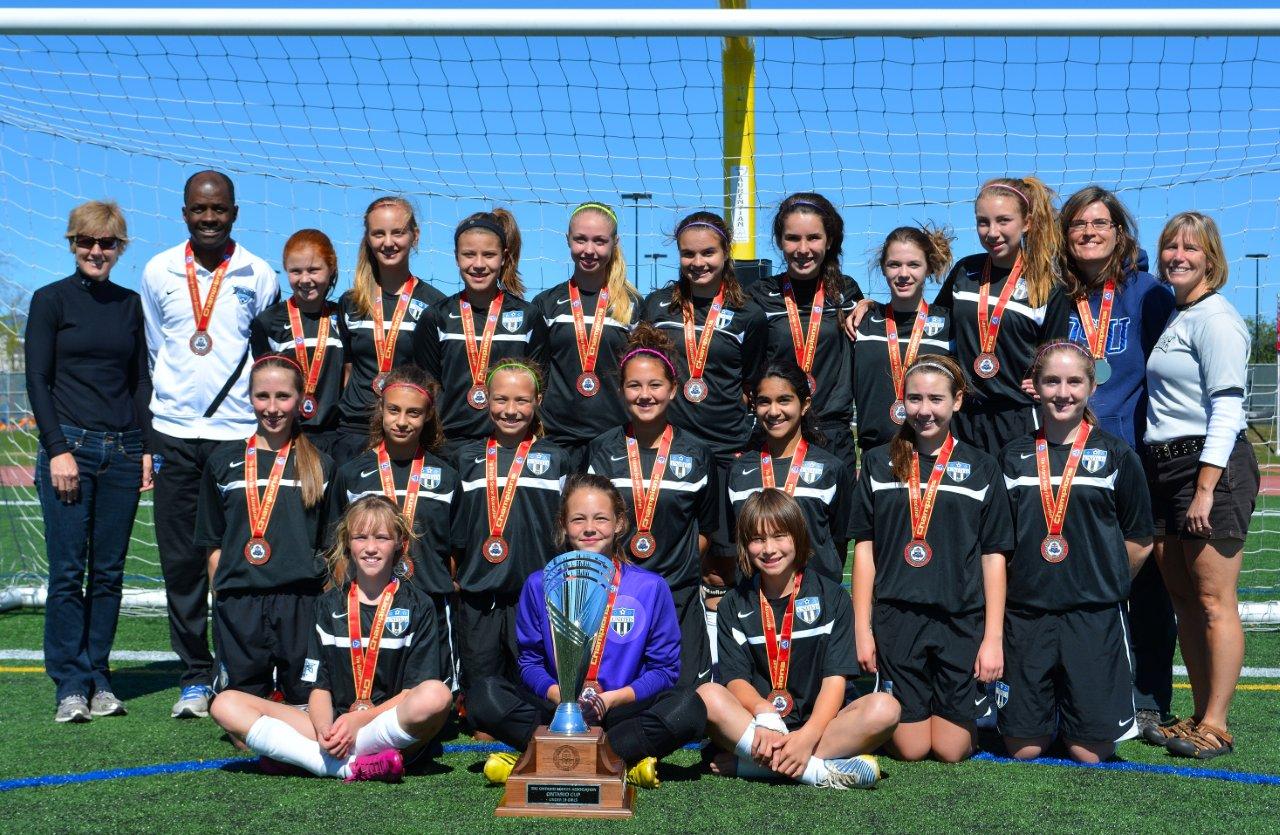 OSU's goal is to offer teams for players at all ability levels. This includes, in the broad picture play at a recreational level (local, in your community), competitive (generally Ottawa-based), and Force Academy (primarily Ottawa based, with some travel depending on age).

In the Force Academy Silver, Iron, Steel and Navy, players will generally receive two practices plus a game as part of their program, and minimal additional travel for festivals or tournaments is required. Generally speaking, when combining both the winter and summer programs the competitive program operates for about 34-36 weeks.

The Force Academy teams, named Force Academy Black, White, Blue are all year-round based programs, in that they are selected in the Fall of each year, and their program runs for 11-12 months. Players will generally receive two team practices, plus a game per week. In addition to this, they may also participate within Centre of Excellence and/or Sports Performance training. Players can expect to have 4 events per week on average, over approximately 42 weeks of the year. Force Academy teams, depending on their age often travel extensively throughout Ontario, as well as to major tournaments and showcase events. Most teams compete in one major event per year, such as the Disney Cup, Dallas Cup or similar high-profile events. Lastly, registration costs are generally paid on a monthly basis, over 11 months after an initial deposit. Registration costs are higher than the competitive program due to increased number or sessions, games, faciliity costs and level of coaching.

When trying-out for OSU, coaches will be evaluating players for all levels. For instance, players may start within one Academy team and be moved within the Force Academy throughout the year or during a trial period.

If you have any questions about the different programs, it is always best to contact your age group coordinators.